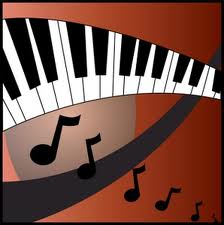 Back from the break

Another new year rings in.  I stand amazed at how fast the past year went by.  And I stand amazed at how well my students are doing after Christmas Break.  For most, it's been three weeks since their last lesson, and they have returned remembering what they're working on without missing a beat (well, maybe one or two!).  I've contemplated a bit about what makes the difference between a student who retains what they're learning and one who returns seemingly five steps backwards.  I would like to credit myself as being a good teacher, introducing each concept logically and making sure the student internalizes the new skill they're expected to master.  Perhaps it's using excellent curriculum and arrangements that truly develop musicality in the budding student.   But I think most of all it's the students themselves.  Those who enjoy music and apply themselves, receive what they're told, engage in the lesson, and truly desire to play the instrument.  How the Christian's life is structured the same way.  We can have wonderful teachers, use excellent learning resources, and be given every opportunity to grow.  But until we engage ourselves and truly apply what we're learning on our own, we will never retain what we learn, but plod along five steps back.  I must offer all that I have as a teacher to my students, but until they make the decision to do what is asked of them, they cannot make progress.  How Christ has offered all to us, and until we decide to follow wholeheartedly, progress in our new life will not be made.  I pray this will be a year of absorption, consumption, immersion, being totally enthralled with the task before us, whether mastering an instrument or the Christian life.
Posted by Tiffany Jefferson at 2:39 PM No comments:

Yesterday, I taught my first three lessons since finishing the first part of my treatments.  While my energy reserves are low, it was good to see my students again.  They seemed to have retained what they had been learning, and not a lot of time was needed for review.  One young man I teach always surprises me.  He doesn't like to practice, and isn't innately musical, but his mind works very logically.  When I find something that makes sense to him, it sticks.  He memorizes quickly and loves to search for patterns.  One particular song we are working on is called Ocean Spray, written in 3/4, with a "motor" in the left hand.  But he kept playing the rhythm more like 4/4 (quarter, quarter, half note....instead of three even quarter notes; he always held the third note too long).  Counting wasn't helping, so we tried a syllabic approach.  We used the word jellyfish, since the song is about the ocean, and chanted jel-ly-fish, jel-ly-fish, over and over...and it worked!  It also helped him to play the RH cluster on each down beat correctly, on every "jel." This beginner is 11, so I was thankful he responded so well to a silly afternoon of lessons!

Something new I am trying at my lessons is to shake things up.  I recently read an article how the mind retains things better if we work on things for a shorter period of time, breaking it up with something else, then bringing it back later.  For example, do some treble flash cards, play a song, do some bass flash cards, song, treble cards, song, bass cards, etc.  It makes the mind work harder to retain each concept, rather than becoming mechanical, like when we drill guide notes for five minutes, and ten minutes later they have no clue!  I'm still trying to figure out just how to organize my lesson time, and which students this works best with.
Posted by Tiffany Jefferson at 11:51 AM No comments:

The First Half of the Journey

I have finished teaching for the fall of 2013, and my students are now enjoying an extended Christmas break. I ended up teaching 5 students every two weeks, working around my chemo treatments.  Most of them are first or second year students, just beginning their journey in piano playing.  I often wonder how far will their journey take them.  Will they continue lessons for another year, five years, into adulthood?  What makes some children want to quit after a few months, while others still play into their grown up lives?  It's easy to play the blame game: the parents should have made them practice more, the teacher should have made the lessons more engaging.  But I suppose it really has to come from somewhere within.  We do what we love to do.  If a child loves to shoot hoops, he'll play basketball.  If he loves to run, he'll go out for track.  My daughter loves dogs, so she runs a pet care business.  A child will either love music, or they won't.  If I offer them what they perceive to be what they love, they'll want to keep doing it.  If I offer them what is perceived as drills and drudgery, they won't. Since my students only had about eight lessons over the fall, I had to get my bang for the buck, so to speak.  I found pieces they loved, that were fun to play, that the student didn't mind playing over and over again.  I saw one boy light up when he figured out the pattern to Kabalevsky's "Scherzo," and another enjoy the cross handed arpeggios in a piece about a Flamingo.  Another found enjoyment in writing pieces, so we worked on several composition assignments. The joy they have now is worth far more than years of lessons in which they were only half-hearted about.  I hope to take these children through the first half of their piano journey, and anticipate seeing how far they go beyond the "finish line."  My cancer journey is coming to the half way mark. I will be completing my chemotherapy treatments this month, then I will have six weeks of radiation in Feb.-March.  I don't love the journey, but I love being alive, having hope to see my children grow, marry, meet my grandchildren one day, if the Lord be so gracious.  A child's musical journey may not always be pleasant, there really are drills and drudgery along the way, but if it's what he loves, he will look beyond that to the end, to the real joy of playing music he loves to hear.
Posted by Tiffany Jefferson at 2:22 PM No comments:

A Season of Change

I wish I were merely speaking of the approaching autumn, my favorite season, with the changes of weather and color in the trees, warm cozy firelit nights, new routines to settle into, maybe a new student or two.  But this is a change that will set me on a new path which I can't return from. I was diagnosed with cancer in June, and will be starting chemotherapy in a few weeks after my surgery heals.  It still seems surreal, and I am uncertain where my future in teaching will go.  I made the difficult decision of turning one of my students over to another teacher, but I know it will be the best for him. He was approaching a late intermediate stage, which I am not comfortable teaching beyond, so it would be time for him to journey on soon anyway.  I know the new teacher will be a good fit and she will be able to bring out his full potential. I am actually excited for him, tho I hate letting go of the plans I had for his year ahead. Another family that has two boys whom I teach ironically is also struggling with a diagnosis of cancer for their mother.  She is going thru chemo currently, so they are on hiatus.  I am left with a mixed lot of students from beginners to older ones who struggle practicing and being faithful to lessons. I think they will be flexible with my schedule, and a missed week here or there will probably not set them back greatly. I will give them the option of finding another teacher, but somehow, I think these 8 students will stick with me.  As long as being bald doesn't scare them too much...  I am hopeful that I will make it thru everything, and will come out with a remnant that I can still build a studio on. If God has other plans, then I will walk down that road when I come to it.  My posts may be farther between, or of a different nature now. But I still hope to provide some sort of firm foundation for my students, musically or otherwise.  So for now, off on my journey I must go.
Posted by Tiffany Jefferson at 2:23 PM 5 comments:

This is probably a no-brainer for most piano teachers, but sometimes my brain works more slowly than usual.  While explaining dynamics to a student this week, I simply correlated it to our speaking tones.

It worked like a marvel, he played the whole piece with very good contrast.  I may even try to make a poster for my studio to help beginners learn the differences in dynamic expression. :)
Posted by Tiffany Jefferson at 11:09 AM No comments:

...but isn't that wonderful that you do! While preparing for an annual syllabus exam, my student began demonstrating chord progressions in keys he wasn't required to know yet.  My first response was to tell him not to worry about them. Then I almost bit my tongue and began praising him for how well he applied what he knew about chord progressions and asked him to show me more that he had figured out.  I realized quickly I wasn't wasting precious review time, but rather he was showing me how well he was understanding the theory he had been taught.  While discernment does need to be applied, I hope I can stop myself again when a student wants to deviate from what I think is necessary at the time and encourage exploration of their interests and accomplishments!
Posted by Tiffany Jefferson at 9:40 PM No comments:

Another Quote on Winning

Winning is for a moment, but becoming better lasts forever.

I heard that on a cooking competition I watch frequently on television.  The contestant wasn't discouraged that she didn't win, but rather looked for what she could gain from the experience to become a better chef.  I recently entered students into our local MTA's Bach Festival, which is competitive, each student receiving adjudicator's comments.  I tried to encourage them to enter the event, not to focus on winning, but to learn from the experience as they develop their skills.  The feedback gave positive reinforcement, and some new ways to try performing their pieces. I think there are often winners who take away less than the "loser" who grows.
Posted by Tiffany Jefferson at 9:47 PM No comments:

Tiffany Jefferson
While 2010 was a year of loss, it was also a year of gain as I began teaching piano lessons to a youth in my church. I was encouraged to seek more students, and though my studio is small, I enjoy every student and learn so much from each of them. I have been greatly encouraged by the piano teacher blogging community, and hope I can be an encouragement to someone, as well as keep a record of the things I'm discovering as a new teacher. Just as our life must be laid on the foundation of Jesus Christ, I hope to lay a firm foundation in music for my students to build on.